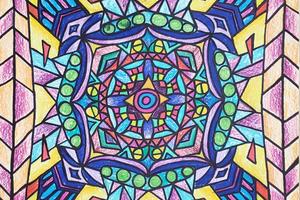 GRACE Upper Campus students Caroline and Lauren Wingerd (and their older sister Emma, who graduated from GRACE in 2016) have always been interested in art. Their parents enjoy creating and building things, so they've been encouraged to express their creativity since they were old enough to hold a crayon.

GRACE Upper Campus students Caroline and Lauren Wingerd (and their older sister Emma, who graduated from GRACE in 2016) have always been interested in art. Their parents enjoy creating and building things, so they've been encouraged to express their creativity since they were old enough to hold a crayon. Materials and tools that support creative endeavors abound in their house. General craft supplies, fine art materials, a sewing machine, and a Cricut machine await them in the craft room; a 3D printer and filament stand ready in the office, and bigger equipment like wood and metalworking tools and a Glowforge laser cutter are just steps away in the garage. All they need is inspiration and time to play.

Every year they have been at GRACE, Caroline and Lauren have taken an art elective. Mrs. Boyd and Mrs. Walters have encouraged their interest and provided many opportunities to try new mediums and techniques. When Emma graduated from GRACE, she chose to major in industrial design at Appalachian State University and graduated with her bachelor’s degree in May. She credits Mrs. Walters as someone who made a real impact on her decision to pursue a career as a designer.

When COVID hit last March, the one resource that had been in short supply became readily available: time.

While the Wingerd girls were attending classes virtually in the morning, they had more time during the afternoons, evenings, and weekends because all other activities were canceled.

Caroline and Lauren put the family’s art supplies to good use but also became resourceful. Caroline created a tiny log cabin with a blueberry bucket, cardboard, burlap and fabric scraps, leaves, rocks, and a glue gun. Lauren scavenged through the kitchen and yard for materials that could be converted into "paint" and created an entire series of miniature portraits. Beyond these art-class inspired projects, Caroline designed acrylic earrings and painted a series of mixed media landscapes while Lauren spent hours sketching and drawing. 
Our Elementary Chorus (grades 3-5) has performed at area assisted living facilities for Christmas and Spring for more than 20 years!


GRACE’s High School Vocal Ensemble made its first virtual "grid " performance video in the spring of 2020 during our virtual learning experience.


A number of GRACE students have sung with Mrs. Kaehler from third grade through their senior year in high school (10 years!) and we call them "Lifers!"

competitions locally, statewide and nationwide including the:


Lower Campus art students have had the opportunity to design program covers for our Grandparents’ Day, Christmas Concert, and Spring Concert programs as part of a school-wide contest.


GRACE student artwork, including collaborative artworks, has raised more than $12,000  in our school auctions over the last five years.


Art students have also used their talents to create art to benefit others, including t-shirt designs for charity organizations such as the Joey O. Bocce Classic. GRACE has been a part of the Joey O’ Bocce Classic t-shirt design competition that raises funds for the Cystic Fibrosis Foundation since the competition began in 2018. We’ve had finalists in the top 10 designs consistently all three years. In 2018 and 2019, the artworks of GRACE students Everett Quinto and Lena Giuggio won first place, respectively, and became the t-shirt designs for the 400+ t-shirts at the event.

Middle and high school have written their own works in partnership with the international Empathy Project, which are shared and performed with other theatre students across the country and world.

Advance Theatre students have studied in MasterClass workshops with the American Musical and Dramatic Academy (AMDA).

Each year, the after-school recreational theatre program has a give-back component to each and every performance. In the past five years, this has included a partnership with the President's Commission for Arts and Humanities, which offers after-show discussions on the effects on PTSD, food drives and free performances for the community.